Madrid, October 13, 2021. COFIDES and the company managing the Huruma Fund, GAWA Capital Partners, have signed an agreement to set up a Technical Assistance Facility (TAF) to support primarily the beneficiaries of the Fund investments. The TAF, also managed by GAWA and created in parallel to the Fund for a period of ten years, will be financed with a donation of the European Union of 7.7 million euro, and is open to contributions by other potential donors.

The Facility shares the Huruma Fund objectives: to help improve access to financing in rural areas and to increase the financial offer for smallholder or excluded farmers in the regions of Latin America, the Caribbean, Sub-Saharan Africa and Asia.  The TAF will be a close partner of the institutions supported by the Fund, and may also collaborate with other entities to increase and consolidate its impact.

SUPPORT FOR BENEFICIARIES OF THE FUND

The Facility may co-finance various types of projects with Financial Entities that are beneficiaries of the fund, including those aimed at developing farming financial products adapted to the needs of the target population, implementing technologies that help improve their services, and credit and farming training for their employees. The TAF may also support producer organizations and farming SMEs to enhance the agricultural value chain through projects such as consultancy on sustainable farming practices, marketing, human resources or the search for alliances with financial institutions to create savings products and health and medical insurance tailored to the needs of the population.

Furthermore, the TAF also targets activities that indirectly favour the Fund beneficiaries, as it includes a knowledge sharing program (best practices, seminars), with a cross-functional scope for farming projects that, for example, help correct market failures or improve a country’s investment climate.

The Chairman of COFIDES, José Luis Curbelo, states that, “one of the main strengths of blended finance is the vision with which projects are addressed, which is not only concerned with achievement of the objectives, but also with the transfer of knowledge, thus having not only a greater impact but also longer in time, which is a clear advantage for the people”.

The Director of Multilateral, Horizontal and Financial Cooperation at AECID [Spanish Agency for International Development Cooperation], Fernando Jiménez-Ontiveros, highlights, “the importance of complementing reimbursable financing with technical assistance resources to reinforce the quality of the interventions and achieve a greater impact. The role of the European Union in the provision of technical assistance funds has been crucial and the Huruma Fund is a good example of this excellent practice”.

In turn, the Head of the Department of Transformation at GAWA Capital, José García, says, “the complementarity of investment and skill building has a far broader power of transformation than the sum of its parts and helps maximize efficiency and impact. The development of capabilities in the entities supported by the Huruma Fund will help them innovate and improve their current performance in order to continue being relevant in a constantly changing environment”.

Huruma Fund, the first project led by COFIDES under the EU blending facilities, has completed a final closing with total commitments of 120 million euros, making it the largest social impact fund in Spain.

Huruma Fund, to which COFIDES contributes with one million euros, has a first-loss tranche investment commitment from the European Commission (10 million euros). Spanish Cooperation, through the Development Promotion Fund (FONPRODE), has subscribed debt securities for an amount of 20 million euros. These contributions have enabled Huruma Fund to mobilise approximately 90 million euros from private investors.

Founded in 2010, GAWA Capital is the leading impact investing fund manager in Spain, having raised over 195 million euros in public and private investments towards impact investing. Its aim is to improve the life of low-income communities by promoting investment in social enterprises, while providing a financial return to investors.

Since its creation, GAWA has pioneered the introduction of impact investing assets in Spain by launching three funds, as well as advising a third-party fund – Magallanes Impacto FIL. Each one of these funds has invested capital and debt in emerging countries, in companies with an inclusive approach, focusing on providing market-based solutions to key social problems such as poverty. To date, GAWA has carried out investments in 15 countries, with a history of positive financial return in its three funds prior to Huruma, including 6.34% annual IRR for investors in their first fund.

AECID is the main management body of Spanish Cooperation and is oriented towards the fight against poverty and the promotion of sustainable development. The Agency encourages the full exercise of development, conceived as a fundamental human right, with the fight against poverty being part of the process of building this right. To do this, it follows the guidelines of the V Master Plan for Spanish Cooperation, paying attention to transversal elements: the approach based on human rights and fundamental freedoms, the gender perspective, environmental quality and respect for cultural diversity; all in line with the 2030 Agenda for Sustainable Development. AECID belongs to the Ministry of Foreign Affairs, European Union and Cooperation through the State Secretariat for International Cooperation. 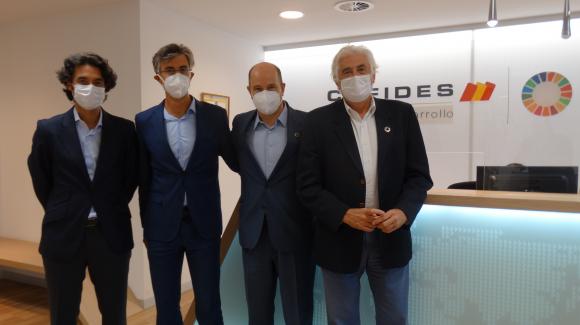 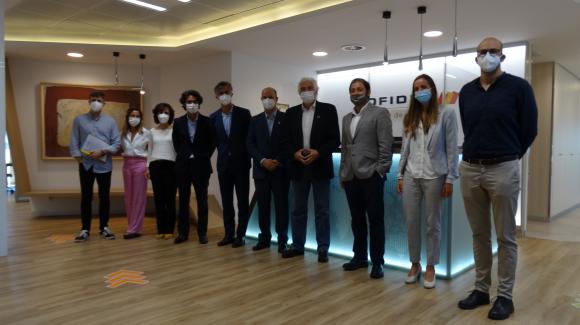