Madrid, April 28, 2020.- COFIDES has formalized its commitment to invest 1 million euros in Huruma Fund with the signing of the contribution agreement by COFIDES Chairman, José Luis Curbelo, and GAWA Capital co-CEOs, Agustín Vitórica and Luca Torre. Huruma Fund will devote itself to address the traditional constraints of agriculture finance and the financing needs of smallholders and underserved farmers.

As an accredited entity under the European Union, COFIDES manages the EU contribution to the Fund’s first loss tranche (10 million euros) and its Technical Assistant funding (8,5 million euros). Moreover, the Spanish Cooperation Agency, AECID, through the FONPRODE, has committed 20 million euros to support the Fund investments. With this financial support, GAWA Capital expects to mobilize 90 million euros from the private sector, resulting in a total investment budget for the Fund of 120 million euros.

Since the beginning of the year, GAWA Capital has raised 60 million euros from private investors (including institutional investors), both national and international. With this achievement, GAWA Capital consolidates its position as one of the leading Spanish investment management companies.

With the aim to promote financial inclusion, Huruma Fund will invest in debt and equity in Microfinance Institutions and other financial institutions with a strong rural/ agricultural presence or intend to build one, as well as in companies involved in agricultural value chains. Through its investments, Huruma Fund will aim to increase the quality of life of smallholders in Latin America, Sub-Saharan Africa and Asia by giving them access to tailor-made financial products.

COFIDES Chairman, José Luis Curbelo, said that “the economic uncertainty due to the COVID-19 pandemic is increasing. In these difficult times, it is even more important to focus on promoting sustainable development projects in partner countries that seek to improve the living conditions of the most disadvantaged.” For this reason, "we are pleased to announce our investment in the Huruma Fund, the first impact fund which COFIDES has contributed to, and which will promote access to financial services for farmers in developing countries to help them enhance their businesses”.

In addition, he pointed out that this is COFIDES's "first blended finance project, a flexible instrument which combines reimbursable and non-reimbursable resources, each with different risk tolerances and different prospects as regards remuneration”. In his opinion, "we must promote these types of high-impact projects through the blended finance mechanism, combining commercial financing with grants from the European Union”.

GAWA Capital CEOs, Luca Torre and Agustín Vitórica, said that “Huruma represents a great opportunity to improve the lives of small agricultural producers in developing countries by providing them with tailored financial products with which they can improve their productivity and increase their income." They also underlined that "Huruma's combined financing structure is designed to offer private investors a very attractive risk-return-impact profile for their investment".

CONTRIBUTION TO THE SDGs

With its objective to promote smallholders financial inclusion through microfinance institutions, Huruma Fund contributes significantly to the achievement of SDG 1 (End of Poverty). In addition, the Fund contributes to SDG 2 (Zero Hunger) as their investments will be to the agricultural sector.

Contributions will also be made to SDG 8 (Decent work and economic growth); SDG 5 (Gender Equality); SDG 10 (Reduction of Inequality) and SDG 13 (Mitigation and adaptation to climate change).

Founded in 2010, GAWA is a leading impact investing advisory firm in Spain, advising three impact investing funds with over EUR 160 million in committed and invested assets. With its investments, GAWA Capital aims to improve the lives of low-income communities by promoting investment in social enterprises, while providing a financial return to its investors.

Since its inception, GAWA has pioneered the introduction of the impact investing asset type in Spain (with two previous funds), in addition to act as an advisor to a third-party fund – Magallanes Impacto FIL. Each of these funds invests capital and debt  in companies focused on providing market-based solutions in emerging countries, in order to address the roots of social issues such as poverty. To date, GAWA has advised investments worth over 75 million euros in 15 countries, with a track record of positive financial return in its three funds, including a 6.34% annual IRR to investors in the first one.

COFIDES is a state-owned company which has been offering financial support to Spanish companies investing abroad since 1988. COFIDES is accredited to the European Union (EU) to manage funds coming from the EU budget, allowing the structuring of transactions with a high impact on development. COFIDES is also accredited to the UN’s Green Climate Fund (GCF) and can therefore structure operations on climate change mitigation and adaptation. Moreover, COFIDES is the exclusive manager of FIEX and FONPYME funds on behalf of the Secretariat of State for Trade attached to the Ministry of Industry, Trade and Tourism and also supports AECID in managing FONPRODE funds. COFIDES’s shareholders include Banco Santander, Banco Bilbao Vizcaya Argentaria (BBVA), Banco Sabadell and CAF-Development Bank of Latin America. 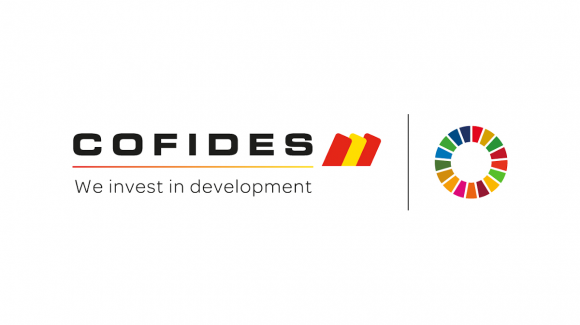