Having been certified by the Green Climate Fund on 20 October 2018, COFIDES has now finalised the process whereby it is authorised to mobilize financial resources from the GCF for resilient, low-carbon projects with a view to boosting sustainable development.

The agreement was signed in Seoul at the Spain-South Korea Business Meeting. The acting Minister of Industry, Trade and Tourism, Reyes Maroto, and the acting Secretary of State for Trade, Xiana Méndez, were both present at the signing.

The Acting Minister for Industry, Trade and Tourism, Reyes Maroto, highlighted the Government's firm commitment to the fight against climate change and reiterated that the Cabinet approved an increase in Spain's contribution to the Green Climate Fund to €150 million last week. "Spanish businesses are in a privileged position to lead climate change thanks to their vast experience in generating renewable energy, energy efficiency, sustainable transport, recycling and water management. To help, we've made the ECO-FIEM available to assist with their internationalisation and this important partnership agreement between COFIDES and the Green Climate Fund". In addition, she added that "investing in sustainability is not only a question of ethics and principles, but it is also becoming increasingly important for economic and social returns".

According to COFIDES Chairman José Luis Curbelo, the signing of this agreement is a major milestone for COFIDES and shows its commitment to fight climate change and its impact, particularly on the most vulnerable sectors. “Thanks to this support from the Green Climate Fund, COFIDES has bolstered its capacity to support private-sector climate change mitigation and adaptation projects”. He added that “in the coming years we hope to increase our portfolio of climate projects in sectors such as infrastructure, energy efficiency, water and sanitation, renewable energy and agro-industry among others”.

Deputy Executive Director Javier Manzanares said GCF’s strengthened ties with COFIDES reflects GCF’s ongoing efforts to complement its support for public and private sector funding in developing countries with business-led investments. “GCF hopes to capitalise on the financial expertise of COFIDES to help us redirect the world’s private sector assets, estimated at around USD 210 trillion, to fund low-emission and climate-resilient initiatives,” he said.

SPAIN AND THE GREEN CLIMATE FUND

The Green Climate Fund (GCF) is part of the United Nations Framework Convention on Climate Change. With committed resources in excess of $10 billion and the backing of 43 ratifying nations including Spain, its goal is to encourage the participation of the private sector in climate projects in developing countries that are signatories of the Conference of the Parties (COP).

On October 18th the Council of Ministers approved Spain's participation in the first replenishment of the Green Climate Fund with a contribution of 150 million euros for the period 2019-2023. This contribution reinforces Spain's commitment to the challenges of climate change by financing investment projects in developing economies.

COFIDES is a public-private company which has been offering financial support to Spanish companies investing abroad since 1988. It is accredited with the EU to manage Community budgets, allowing it to structure transactions with a high impact on development. It is also accredited with the UN’s Green Climate Fund and can structure operations on climate change mitigation and adaptation with the GCF. It is the exclusive manager of FIEX and FONPYME funds on behalf of the Secretariat of State for Trade attached to the Ministry of Industry, Trade and Tourism and supports AECID in managing FONPRODE funds. Shareholders include Banco Santander, Banco Bilbao Vizcaya Argentaria (BBVA), Banco Sabadell and CAF-Development Bank of Latin America. 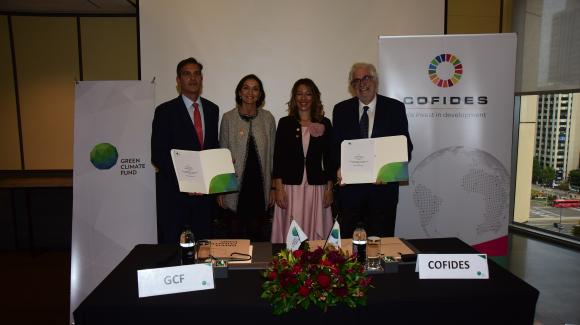 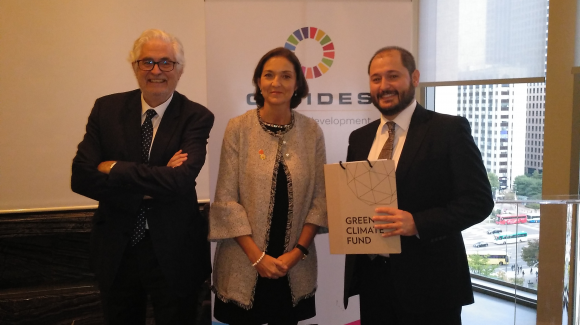 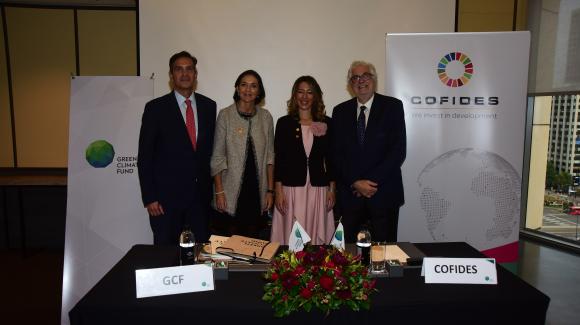