Madrid, 27 February 2019.- The Spanish Development Finance Institution (Compañía Española de Financiación del Desarrollo), COFIDES, S.A., S.M.E., will be taking part in the Exporting to Grow congress for promoting Spanish investment in Morocco. Under the title “Morocco – general perspective and economic situation”, Exporting to Grow, together with the Embassy of Morocco in Spain and the collaboration of other entities such as IVACE, ACCIÓ and CEBEK, have organized five events, to be held in Madrid, Valencia, Barcelona, Seville and Bilbao.

The first conference will be held on Tuesday 12 March at the Banco Sabadell Auditorium in Madrid, where the Assistant Director of Sales and Business Development at COFIDES, Ana Cebrián, will be presenting the company’s financial instruments at the round table discussion entitled “Opportunity Morocco: a destination to invest in”. Also on the table will be Victoria Corral, Global Growth and Marketing Lead at Findasense, Pascal Kaszczyk, Financial Director of the Leca Packaging division at Grupo Lantero, Benoît Leservoisier, Operations Director for the Mediterranean and North Africa at Gonvarri, Enrique Asenjo, Central Territory Director of CESCE and José Ignacio García Muniozguren, managing partner of the Garrigues office in Casablanca.

Cebrián will also be taking part in the event in Barcelona, in the Banco Sabadell Assembly Hall on 14 March. Together with her on the table will be Maties Goma-Camps, General Director of the Goma Camps Group, Vanesa Martínez Chamorro, CEO of CARINSA, José Ignacio García Muniozguren, managing partner of the Garrigues office in Casablanca and Aziz El Atiaoui, Economic and Business Advisor of the Embassy of the Kingdom of Morocco.

The second conference will be held in Room 1 at the Ciutat Administrativa 9 d’Octubre in Valencia. The Head of the Unit of Sales and Business Development at COFIDES, Cristina Mena, will be presenting the company’s financial instruments together with Jaime Llorens, General Director of Tavex Europe, Jorge Marfil Sanchís, ex-Director of the GRUPOTEC office in Morocco, José Ignacio García Muniozguren, managing partner of the Garrigues office in Casablanca and Aziz El Atiaoui, Economic and Business Advisor of the Embassy of the Kingdom of Morocco.

Mena will also participate in the event planned for 20 March in the assembly hall of CEBEK in Bilbao. She will be accompanied by Pedro Cordero, Manager of Biansa (Bilbaina de Andamiajes), Ainhoa Acuña, Sales Manager at Tudefrigo, José Ignacio García Muniozguren, managing partner of the Garrigues office in Casablanca and Aziz El Atiaoui, Economic and Business Advisor of the Embassy of the Kingdom of Morocco.

The conferences will come to an end on 19 March with the Exporting to Grow event in Seville, where Sergio Sánchez, an analyst from the Sales and Business Development Division of COFIDES, will talk on behalf of the company.

Morocco is an interesting destination for Spanish investment and exportation thanks to the significant trade between the two countries and because it provides numerous sectoral opportunities for companies. Morocco imports more from Spain than from anywhere else and is the country’s major client after the European Union.

The main advantage of exporting to Morocco is its geographical proximity. One of the advantages for Spanish companies that wish to export to Morocco and set up a dealership there is that they can do so with a reduced capital investment.

COFIDES forms part of Exporting to Grow, a programme led by Banco Sabadell whose aim is to promote and facilitate the investment and export of Spanish companies abroad. Other members of Exporting to Grow are AMEC, Arola, CESCE, ESADE, AENOR and Garrigues.

More about each conference: 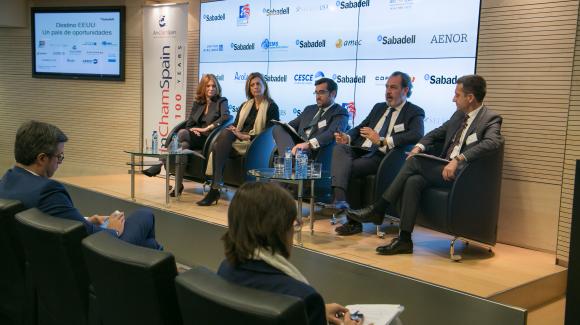 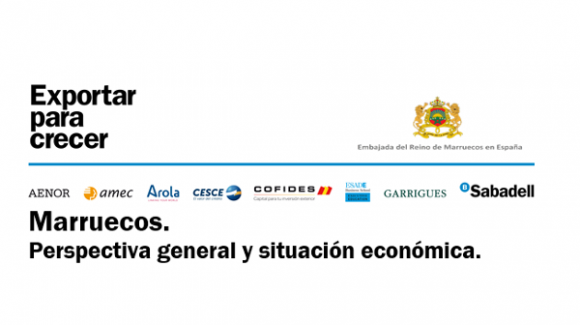