COFIDES has granted a joint venture loan to the footwear company Mibor to set up in Vietnam. With this financing, a distribution company has been launched for its products in the Ho Chi Minh City area, that will allow it to improve the service to its customers in the region by reducing delivery times and guaranteeing the supply of products.

This is the first project that COFIDES has provided support to in Vietnam, a country with very positive perspectives for the auxiliary footwear industry, as it has become one of the largest producers in the world and it is home to renowned fashion companies. Vietnam is a densely populated developing country that has been in the process of transitioning to an open economy since 1996. In 2007, it joined the World Trade Organization, which attracted more competitive industries and increased their exports. Together with Cambodia and southern China, Vietnam is where world footwear production takes place.

Mibor is a family business based in Alcoy (Alicante), founded in 1964 and dedicated to manufacturing toe-puffs, back-counters, insoles and reinforcement materials and assembling plants for footwear. In 2001 it undertook a process of internationalization and geographical diversification and it has progressively consolidated the strategic footwear markets with an increasingly global presence.

After an ambitious internationalization programme, it is currently present in more than 25 countries, exporting more than 80% of its production. It has its own subsidiaries in New Delhi (India), León (Mexico) and the recently set up one in Ho Chi Minh City (Vietnam). In addition, it is firmly committed to investment in R&D in collaboration with Universities in order to develop new materials that allow it to become increasingly competitive. 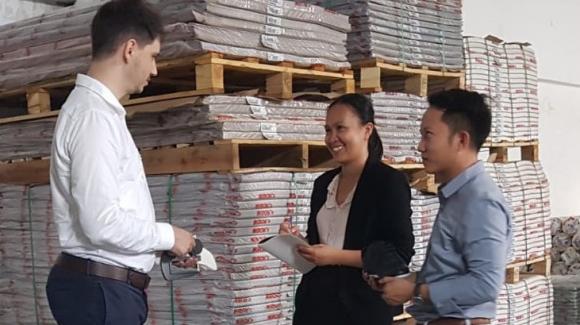