Spain is a middling but persistent actor in financial cooperation for development. The pandemic has revealed even more clearly the need for liquidity in many developing countries whose governments, creditworthy borrowers, have seen their revenues collapse in unison with a rise in public expenditures. Such spending, allocated not only to meet public health needs but also to reactivate economies in a post-COVID world, will foreseeably necessitate extra funding.

The volatility of long-term private finance makes multilateral financial cooperation an essential instrument to offset the notably pro-cyclical effect of private funds. Such cooperation provides access to financial markets for productive industries and segments of the population otherwise excluded: the unbanked, the ‘too-SME’, those who live in financial deserts. Partnerships along those lines can translate into extraordinary productivity gains, favouring a more inclusive growth model.

In that context, the assessment of the impact of operations of this nature on development in terms of externalities, environmental and social standards, support for gender equality and protection of human rights is a condition sine qua non. Financial cooperation must not be blind or insensitive to the effects it generates, choosing its operations with utmost rigour and sound criteria. In other words, its explicit aims must include tackling poverty and furthering social inclusion.

The objectives sought with the latter, managed by the country’s cooperation agency, include ensuring the availability of water and its sustainable management and treatment for all; guaranteeing access for all to affordable, reliable, sustainable and modern energy; building resilient infrastructures; promoting inclusive and sustainable industrialisation; and furthering innovation. In this endeavour AECID relies on the invaluable support of COFIDES as financial consultant and ICO as the Government’s financial agent.

Financial cooperation with the private sector pursues inclusion, supporting the development of a fully regulated microfinance industry able to provide financial services such as savings, healthcare, pension and microinsurance accounts. It attempts to draw remittances into formal banking to encourage more dynamic participation on the part of diasporas in the modernisation and development of their countries of origin. Financing SMEs, the so-called ‘missing middle’, aids a sector whose access to finance is severely limited, despite its role as primary job creator in transition economies.

In the past, financial cooperation has been known for its support of industrialisation, farming modernisation and the construction of major infrastructures in developing countries, traditionally with backing in the form of sovereign security. In light of the ever greater obstacles to building the infrastructure needed to grow developing economies, public-private partnerships (PPPs) are a promising vehicle for attracting private sector investment and management to such endeavours. That has been reinforced with the institution of new mechanisms such as leveraging for private investors’ resources, lowering those actors’ perceived risk.

FONPRODE’s balance sheet attests to the consolidation of financial cooperation, which rose from M€20 in 2017 to M€200 in 2020 thanks to the fund’s active participation in European cooperation and to partnerships with IFIs. In the context of the new Act on Cooperation, the reform (or consolidation) of Spanish cooperation undertaken by the Government at the Ministry of Foreign Affairs’ urging will call for rethinking the present arrangements and pose the need for a new architecture for Spanish financial cooperation.

That will entail amending the FONPRODE Act without delay to afford this essential foreign policy instrument greater flexibility, new tools and administrative structures, simplified processes and all the necessary human and financial resources.

Financial cooperation is not an end in itself, but a powerful instrument for bankrolling development. Nor can it be deemed an alternative to technical cooperation: for financial operations to meet development targets they must form part of ambitious technical assistance programmes. Loan / grant blending is often the optimal approach to advance ambitious development objectives in host countries.

*This publication is part of the COFIDES' 2020 Activity and Sustainability Report. 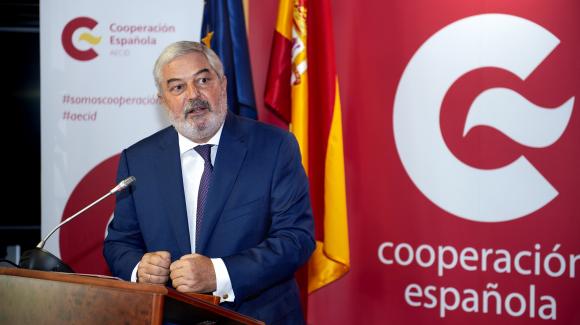 Adaptation to remote working at COFIDES